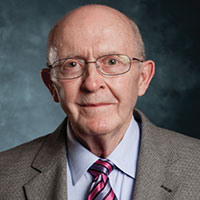 John Lee is Rob L. Adams Professor in Petroleum Engineering at Texas A&M University. John holds BS, MS and PhD degrees in chemical engineering from the Georgia Institute of Technology. He worked for ExxonMobil early in his career and specialized in integrated reservoir studies. He later joined the Petroleum Engineering faculty at Texas A&M, and became Regents Professor of Petroleum Engineering. While at A&M, he also served as a consultant with S.A. Holditch & Associates, where he specialized in reservoir engineering aspects of unconventional gas resources. He joined the University of Houston faculty in September 2011 and held the Cullen Distinguished University Chair until September 2015. He served as an Academic Engineering Fellow with the U.S. Securities & Exchange Commission (SEC) in Washington during 2007-8, and was a principal architect of the modernized SEC rules for reporting oil and gas reserves. John is the author of four textbooks published by SPE and has received numerous awards from SPE, including the Lucas Medal (the society’s top technical award), the DeGolyer Distinguished Service Medal (the society’s top service award) and Honorary Membership (the highest recognition awarded society members). He is a member of the U.S. National Academy of Engineering and the Russian Academy of Natural Sciences.