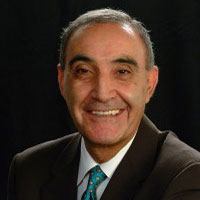 Sia Agah is a petroleum geologist and an Associate with SCA in Houston. He holds a M.A. in Petroleum Geology from the University of London. Sia was with the National Iranian Oil Co. (NIOC) in Tehran for 13 years, working as a geologist, a wellsite geologist, a senior geologist, and a geological advisor until 1979, when he joined Conoco. With Conoco until 1997 as Senior Geologist, Chief Geologist, Exploration Manager, and new ventures Vice President; he worked respectively in Houston, Tunisia, Angola, and the UAE (Dubai). After early retirement in 1997, Sia moved to UMC/Ocean Energy to set up and manage their South Asia – Middle East Exploration Department and manage seven exploration blocks in Pakistan, Bangladesh, and Yemen. Sia has an extensive knowledge of the petroleum geology of the Middle East, South Asia, North Africa, and Offshore West Africa, and Brazil.