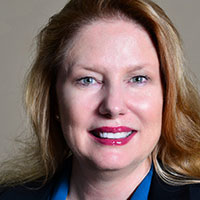 Susan Howes joined SCA in August 2016 as Vice President of Engineering. In 1982, Susan began her career with Anadarko as an Engineer in Denver, Colorado. Through the years she held a variety of engineering positions of increasing responsibility. In 2007, she joined Chevron as Horizons Program Manager and afterwards moved into their Reservoir Management function providing functional leadership that resulted in improved production and reserve trends.

Susan has coauthored several papers and articles on the topics of uncertainty management, risk management, and talent management for SPE conferences and publications. She is past chair of the SPE Soft Skills Committee, previously served as SPE Regional Director for Gulf Coast North America, is a recipient of the SPE DeGolyer Distinguished Service Medal and serves on the US Advisory Council. In 2018, she was selected as an SPE Honorary Member in 2018. Howes holds a BS degree in Petroleum Engineering from the University of Texas.

As the Vice President of Engineering for SCA, Susan is responsible for maintaining the highest technical quality standards for SCA’s recruitment, consultancy and training services. Additionally, she participates in the direction, administration, and coordination of SCA’s operations, manages technical projects, and serves as the company’s primary liaison to the engineering community through her continued involvement in the SPE and other organizations.