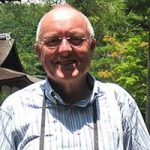 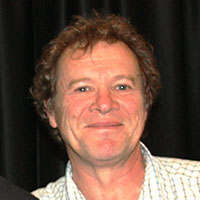 ATTEND AN UPCOMING CLASS:
Check back in periodically for updated course dates!

WHO SHOULD ATTEND: This course is relevant to all subsurface geoscientists and engineers who wish to broaden their knowledge of sandy turbidite (deepwater) systems and deep marine clastic plays. Participants will achieve a broad working knowledge of these systems as applied to hydrocarbon prospectivity.

COURSE BACKGROUND: The Tertiary Grès d'Annot Formation of SE France is a late Eocene-early Oligocene sand-rich deep-marine system deposited in a rectilinear foreland basin created by lithospheric loading of both the Alpine thrust sheets to the east and the Corsica-Sardinia basement to the south.  This foreland basin was created by the interference effects of two perpendicular loads on the lithosphere.  Paleocurrents show that the principal source of the voluminous sediment flux to the Grès d'Annot system was from Corsica-Sardinia and southernmost Provençe, with very little sediment supply from the Alpine thrust sheets to the east.  By mid-Oligocene time, the Corsica-Sardinia crustal blocks, together with the southernmost parts of Provence had become an active volcanic arc above a N/NW-dipping subduction zone, with back-arc rifting eventually leading to the separation of the Corsica-Sardinia microplate from the Eurasian plate to create the marginal basin, represented today by the Western Mediterranean Basin and the Ligurian Sea, which are floored by oceanic crust.  The plate-tectonic change from late Eocene (mainly) crustal compression to mid-Oligocene NNW-SSE directed crustal extension, and the rifting away of the Corsica-Sardinia microplate at the southern side of the Grès d'Annot system, were the cause of the switching off of sediment supply to the foreland basin.  Later westward propagation of the Alpine thrust system throughout the Grès d'Annot system caused local intense deformation of parts of the stratigraphy, including the creation of the late Paleogene Schistes-à-bloc which has been thrust over the well-bedded parts of the Grès d'Annot Formation.

Throughout Haute Provence, late Eocene subsidence created a basin with a complex inherited sea-floor topography compartmentalized into local topographic highs and lows.  The topographic lows acted as sites for the preferential accumulation of sediments from sediment gravity flows, mainly turbidity currents, debris flows and slide deposits.  Sandstone accumulation was controlled principally by pre-existing basin topography and, only locally, syndepositional extensional faulting.  The lack of typical submarine fan features in the Grès d'Annot Formation, the absence of a well-defined point source for sediment supply, and the presence of contemporaneous fan-delta deposits immediately sourcewards of parts of the deep-water deposits, suggest a multiple sourced fluvial feeder system from a possible ramp margin.  From a detailed study of the Paleogene turbidite systems in Haute Provençe, a new and integrated depositional model for high-continuity sand-prone deep-marine systems is proposed which appears to provide a better analogue than the tripartite fan model for many hydrocarbon reservoirs such as the Neogene northern continental margin of the Gulf of Mexico, Paleogene of the northern and central North Sea, and other continental margins where inter-connected slope basins are important for sand accumulation.  Geometrical aspects of the Grès d'Annot system are quantified and compared with other deep-water systems.

Many of the deep-water sand bodies in the Grès d'Annot Formation are characterized by a basin-wide extent (< 10s km) but comprise laterally discontinuous individual beds and thin packets of beds.  Such discrete bundling of sands and gravels into packets typically 10-30 m thick, separated by thick (to 10’s m) finer grained intervals, suggests a metronomic switching on-and-off of sand supply.  This course provides a detailed examination of this relatively well-exposed deep-water system which should have wide application to hydrocarbon exploration.

Syn-sedimentary fault activity within basin and overview of Braux onlap.

Spectacular seismic-scale onlap of sand-rich packets onto Marnes Bleues Formation; discussion of seismic expression of onlap (differences and similarities compared with salt province of Gulf of Mexico etc.); discussion of link with Annot Town section ~12km south-southeast and early basin-floor topography trapping older sands within Annot “sub-basin”; discussion of fill-and-spill concept of basins applied to SE France; discussion of fan systems in other sub-basins within Haute Provence (proximal-distal and axial-lateral changes).  Sandstone-filled channel-like feature showing both margins laterally to margin.  This walk will be most of the day and is an elevation change of 2000 ft uphill for about 1.5 hours.

Detailed sedimentary logging (in groups of 3-4) of a few tens of meters of section along road cuts (Log A of Pickering & Hilton, 1998); discussion of sedimentary processes leading to deposition of very thick (genetically linked) sandy beds; evidence for decelerating and accelerating turbidity currents, interaction with basin-floor topography, flow-stripping, sediment slide/debris flow units, high versus low-concentration turbidity currents, competence versus capacity of flows; discussion of evidence for by-pass versus sediment accumulation.

Road outcrops of Log B; comparison with Log A (Proximal-distal versus axial-lateral relationships within Peïra Cava sub-basin; comparison between western and eastern basin-floor systems; discussion of relevance of Paleogene of SE France to areas of current interest to participants on course.

View of lateral continuity of beds at acute angle to paleoflow in vicinity of Log A, Peïra Cava sub-basin.  General view of sand bed/packet geometry.

Summary in afternoon at café in Barre des Alpes.