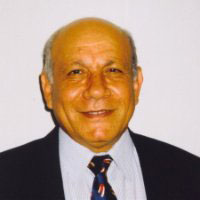 Selim S. Shaker is a Consultant for Geopressure Analysis Services Inc. (G.A.S) (www.geopressureanalysis.com). He received a B.Sc., M.Sc and Ph.D. in Geology from ASU, Egypt.  He also received a diploma in Hydrogeology from Prague University (UNESCO).

With over 35 years in the oil industry, he started his career in Egypt as a well-site, stratigrapher and structural geologist.  During his 30 years of U.S. domestic service his main function as Exploration Geologist was prospects generation in offshore Gulf of Mexico (Shelf and Deepwater) , onshore TX and LA, Egypt, NW Australia, Algeria, Libya, North Sea and China.

After retiring from Phillips Petroleum Co. in year 2000, he consulted for the KNOWLEDGE SYSTEM INC (KSI) to collaborate on building their pore pressure DrillWork software, finalizing the Gulf of Mexico Deepwater  DEA-119 study and several domestic and abroad projects (4 years).

He established G.A.S. to focus on pore- fracture pressure prediction, evaluating prospects’ risk, geopressure compartmentalization, seal integrity and salt-sediments interaction on leads and prospects worldwide especially in the Gulf of Mexico.  Pre and Post drilling risk assessment of a prospect is his specialty.

He has been the first to recognize:
– Geopressure transgression and regression due to compartmentalization.
– Supra and subsalt geopressure models.
– The disparity between predicted pore pressure and measured pore pressure.
– Pitfalls of converting PP from psi to ppg mwe in reservoir rocks.
– The qualification of centroid phenomenon in the subsurface geopressure.
– His new method of NCT (normal compaction trend) calculation.

Dr. Shaker has published 48 papers and articles regarding the application of geopressure in exploration and drilling.  He taught several geopressure courses to the AAPG, SEG, HGS, SCA and multiple In-House courses for domestic and abroad clients.  He is an active member of AAPG, SEG, CSEG, AADE, EAGE, HGS and GSH.  He was the Chair of the pore pressure session AAPG 2014 and a Chair of the AAPG Deepwater Geoscience Workshops 2010-2016.

He is the winner of Gordon I. Atwater Award, GCAGS 2015 for his paper “A new approach to pore pressure prediction, Gulf of Mexico.“