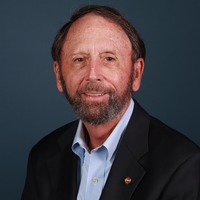 Robert Merrill, Ph.D. has over thirty years of industry experience. He has worked for American Stratigraphic Company, Cities Service Company, Occidental, Unocal and Samson in various domestic and international exploration and staff positions. In these positions he has explored a variety of basins, including extensional basins, fold and thrust belts and foreland basins both from a regional context as well as prospect generation. Geographic areas outside North America in which he has exploration as well as acquisition experience include Argentina, Brazil, Colombia, Thailand, Malaysia, Indonesia, Russia, Kazakhstan, Azerbaijan, the North Sea, and Central Europe. He has experience generating and evaluating prospects in both conventional and unconventional clastic reservoirs, including fractured reservoirs and tight gas sands as well as carbonates. In his positions he participated or was responsible for implementing probabilistic methods to prospect evaluation and reserves estimation and using this information for comprehensive portfolio management.

Robert has been involved with evaluating and optimizing the geological and geophysical workflow to reduce cycle time from the origination of an idea to prospect drilling. He has taught in-house courses on a range of subjects including structural geology, basin analysis and plate tectonics and geology for engineers. He has served as Secretary and President of the American Institute of Professional Geologists, is active in the American Association of Petroleum Geologists where he co-edited the Giant Fields of the Decade 1990 – 2000 and edited Source and Migration Processes and Techniques for Evaluation and was the Technical Program Coordinator for the 2006 AAPG Annual Meeting in Houston. He is currently a Director of the Houston Geological Society. He has also published papers in subjects as diverse as risk analysis, deep, overpressured gas in the Green River Basin and origin and migration of oils, Wyoming/Utah/Idaho Overthrust belt. He is a Fellow of the Geological Society of America, a Chartered Geologist with the Geological Society and has served on committees for the American Geological Institute. Dr. Merrill has his Ph.D. and M.S. from Arizona State University and his B.A. in Geology from Colby College.