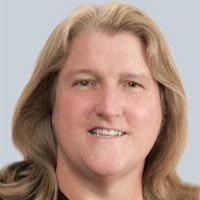 Dr. Wood joined the faculty at Colorado School of Mines in January 2015 as a Professor and the Robert Weimer Endowed Chair in Sedimentary and Petroleum Geology, where she is director of the Sedimentary Analogs Database and Research Program (SAnD). Prior to joining CSM, Dr. Wood held positions at the University of Texas at Austin, Amoco Production Company and Arco. She received her doctorate in 1992 from Colorado State University following her MS work at the University of Arkansas. Dr. Wood specializes in quantitative seismic geomorphology of clastic basins, structural and sedimentary system interactions, submarine mass failures, petroleum geology, mobile shales and geomorphology of Mars. She has served as SEPM Society for Sedimentary Geology national Secretary-Treasurer, the GCSSEPM President and is active in the Geological Society of America, the American Association of Petroleum Geologists and the Geological Society of Trinidad and Tobago. She also served as a member of the Ultra-Deepwater Advisory Committee for the U.S. Secretary of the Department of Energy and sits on the RPSEA Board of Directors and the RPSEA GECO2 advisory board. She serves as an Associate Editor at Geosphere and Interpretation. Dr. Wood has published widely on the nature of modern and ancient deep- to shallow-water systems around the world and has won numerous best paper and poster awards, including AAPG’s Sproule Award and the 2014 EAGE Norman Falcon Award as co-author of the Best Paper in Petroleum Geosciences. Lesli is also the recipient of the AAPG’s Robert R. Berg Outstanding Research Award in 2022. She, her wife and her pig are very pleased to be relocated back to the Rocky Mountains after 23 years in Texas.