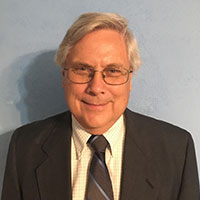 James (Jim) Brenneke graduated from Augustana College with a BA in Geology and an MS in Geology from the University of Illinois. He joined Shell Oil Company (US) and worked for various Shell subsidiaries in research, international exploration and domestic exploration and production. He then joined Subsurface Consultants and Associates, LLC (SCA) as a consulting geoloscientist. In addition to being a consultant, he assumed various management roles with SCA including Technical Manager, Vice President of Geology and Engineering and Treasurer. He left SCA to join BP’s deepwater Gulf of Mexico (GoM) Production organization.

Jim currently assists in teaching an Applied Subsurface Geological Mapping course based on this text. He has worked in the onshore and offshore U.S. and in numerous foreign countries. He has contributed to numerous exploration discoveries, field extensions and development wells in his 40 years in the industry. He has published on deep sea carbonates and on assessing fault traps.