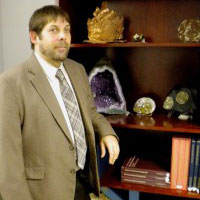 James J. Willis received his B.S. and M.S. degrees from the now University of Louisiana in 1989 and 1990, respectively, and his Ph.D. as a National Science Foundation fellow at Baylor University in 1993. He began part-time industry consulting activities in 1991. From 1994-1996, he studied Planetary Geology as a NASA-funded postdoctoral fellow at Southern Methodist University. In 1996, he returned to UL, where he was awarded in 1997 the Hensarling-Chapman Endowed Professorship in Geology. In 2001, he left academia for full-time industry consulting and training. He was the Editor and Publisher for the Lafayette Geological Society since 2002, and the Co-Editor/Managing Editor and Publisher for the Gulf Coast Association of Geological Societies since 2006. He’s received many grants and contracts, presented numerous talks, and published various papers on a diversity of geoscience topics. As an undergraduate, he developed a 4D quantitative well bore guidance theory, including the concept of positive versus negative thickness (sign indicating direction of drilling section), that predated availability of key real-time data—as a former independent consultant and trainer for Baker Hughes for several years, it’s been particularly exciting to see just how far the reality of LWD technology has since advanced. In 2020, he was awarded the AAPG Levorsen Award for innovative thinking in oil & gas exploration and production. He is a Co-Founder and the President of the Society of Applied Geoscientists and Engineers (SAGE).