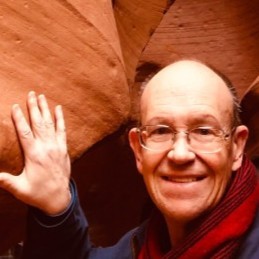 Eric has been a petroleum geologist for 30 plus years. He worked with Marathon Oil Company, CDS Oil and Gas Group plc, and LCS Production Company, and has consulted for several Independents and PEMEX. He has an 82% drilling success record, including a 97% success rate during 2015 – 2020. Eric has worked in 12 offshore and onshore US Basins, including more than 5 years in the offshore Gulf of Mexico; and 4 basins in Latin America.

Additionally, he has performed more than 600 e-log evaluations in unconventional zones and several thousand pay counts in conventional reservoirs. Eric earned a BA/Honors in Geoscience (1982) from Cornell University. He is a licensed geologist in the State of Texas: License Number 5258. He is a member of the AAPG and other professional associations.