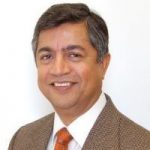 Shah Kabir is an adjunct faculty member at the U. of Houston and is the proprietor of CS Kabir Consulting. He has 40 years’ experience in the industry, having worked for Hess, Chevron, Schlumberger, Arco, and Dome petroleum. He has published over 130 papers and has received Honorary Membership of SPE and AIME (2016) and SPE Reservoir Description & Dynamics Award (2010), among others.

He has served SPE in many capacities including in the editorial board of three journals, books committee, and co-chairing several Forum series meetings. Besides teaching a plethora of in-house courses in his career, Kabir has also offered courses for SPE and guest lectured at Stanford, Texas A&M, U. of Southern California, and U. of Houston since 2004. His expertise includes: 1. Transient pressure- and -rate testing; 2. Wellbore fluid- and heat-flow modeling and 3. Multiple aspects of reservoir engineering