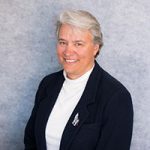 Dr. Miskimins serves as the Department Head of the Petroleum Engineering Department at the Colorado School of Mines and holds the F.H. Mick Merelli/Cimarex Energy Distinguished Department Head Chair. She is responsible for the departmental budget, undergraduate and graduate programs, and interactions with alumni and other departmental constituents including the Mines’ Foundation. She instructs various classes at both the undergraduate and graduate level in stimulation, completions, and geologic field session. Jennifer advises graduate students and conducts research in the areas of hydraulic fracturing, unconventional reservoirs, and stimulation techniques. She is the Director of the Fracturing, Acidizing, Stimulation Technology (FAST) Consortium and Director of the Center for Earth Materials, Mechanics, and Characterization (CEMMC).

Jennifer holds BS, MS, and PhD degrees in petroleum engineering and has over 25 years of experience in the petroleum industry. Between her BS and graduate degrees, she worked for Marathon Oil Company in a variety of locations as a production engineer and supervisor. Dr. Miskimins started teaching at CSM in 2002 and was full-time until 2013 when she returned to industry. From 2013-2016, she continued to hold a part-time appointment at CSM, advising research and graduate students, while working for Barree & Associates. In 2016, she returned full-time to the university.

Dr. Miskimins specializes in well completions, stimulation, hydraulic fracturing, and associated production issues. She is the founder and current Director of the Fracturing, Acidizing, Stimulation Technology (FAST) Consortium and also co-directs the Center for Earth Materials, Mechanics, and Characterization (CEMMC). Her research interest focus on the optimization of stimulation treatments and the importance of such on associated recovery efficiencies.

She is the Completions Technical Director on the SPE International Board of Directors. She was an SPE Distinguished Lecturer in 2010-2011 and 2013-2014 on hydraulic fracturing in unconventional reservoirs. Dr. Miskimins serves on a variety of conference organizing committees and as a technical editor for various journals. She is a registered Professional Engineer in the State of Colorado (License #36193).