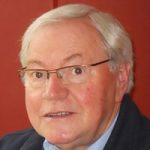 Gerrit Nitters is a specialist in well stimulation operations with 40 years’ experience the oil industry. During his career in Shell he became Shell’s global well stimulation coordinator and Principal Technical Expert on well stimulation providing active advice from his Shell Houston and Shell Rijswijk offices. After his retirement from Shell in 2006 he founded the Nitters Petroleum Consultancy Int. B.V. Activities over the last ten years range from lecturing at IFP, WTG, TLN and PetroEdge Asia to detailed support (including on-site) on acid and fracturing treatments for a range of oil companies such as Maersk, RWE DEA, EoN Ruhrgas, GDF Suez, NAM, Aurelian Oil, CEP, VNG Norway, JKX and ExxonMobil. He is currently also involved in Geothermal Energy projects in the Netherlands through a liaison with IF Technology.

Gerrit authored and co-authored many SPE papers on the subject of well stimulation. He was SPE’s Distinguished Lecturer on Well Stimulation in 2005.

In addition he served as committee member and chaired a number of SPE conferences and forums on well stimulation. He is one of the contributors to the new SPE Monograph on Acidizing (issued in 2016). He also recently wrote technical guidelines for stimulation of geothermal wells in cooperation with IF Technology for a project of the Dutch Ministry of Economic Affairs.