SCA receives many queries about the “The Ten Habits of Highly Successful Oil Finders“. Since applying the best practices that are the foundation of the 10 Habits will help you, or your company, reduce the number of dry holes you drill, SCA has written a column elaborating each of the Habits. Here is the column for Habit 7.

Look closely at the map shown in Figure 1. The map was constructed with a grid of closely spaced 2D lines. The company has identified a prospect consisting of a 3-way fault closure that is down structure from a producing field to the north and west of the proposed location. Would you approve the well location? 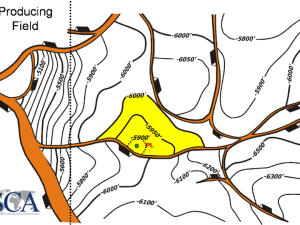 Figure 1: Prospect Map generated from 2D data, The prospect is down structure from a producing field in the adjacent lease to the west. Location and scale omitted for proprietary reasons. 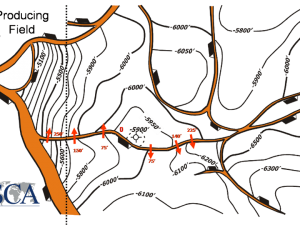 Figure 2: Dry hole drilled on prospect based on a screw fault

With the exception of strike slip faults, screw faults are geologically and three-dimensionally impossible. Yet screw fault interpretations are so common we have seen them in the user manual for a major interpretive software package. More importantly, drilling traps associated with screw faults has cost our industry hundreds of millions of dollars.

If screw fault interpretations are so common, and so costly, what can we do to avoid drilling them? The answer is easy, make a structure contour map of the fault surface. The vast majority of interpreters pick fault sticks and connect them. Screw fault interpretations occur when interpreters connect two or more separate faults as one. Constructing a structure map of the fault surface will quickly show whether or not the faults have been correctly picked and connected.

Equally important, integrating the fault surface map with the horizon structure map is the only way to ensure that the fault traces are in their proper position for both the hanging wall and footwall blocks. Posting fault polygons places the fault traces in their approximate position. With 3D data sets, the fault polygons will be quite close to the actual position, however, if you are drilling close to one of the two fault traces, is close good enough?

Now look at Figure 3. A total of 4 wells have been proposed to develop the field discovered by well 1. Well 1 encountered 20 meters of pay in a 50 meter thick (TVT) sand. The trap is an unconformity truncation. Would you approve of this development plan? 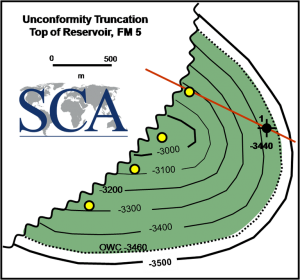 Figure 3: Structure Map for the Top of Formation 5 showing the Proposed Development Plan

If you approved this plan, you would be leaving behind a very large attic reserve, as this plan would not drain the unconformity wedge (Figures 4 and 5). To properly estimate the recoverable reserves and to optimize the development plan for this discovery, structure maps need to be constructed for the unconformity and the top and base of the reservoir. 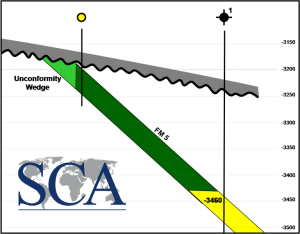 Figure 5: Structure Map for the Base of Formation 5 showing the Area of the Unconformity Wedge

So there you have it, a simple way to ensure accurate reserve estimates and to minimize the risk of drilling dry holes is to map all relevant geological surfaces.