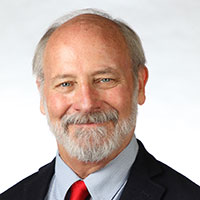 SAMPLE TOPICS FROM THE CLASS: "Identifying Economic Refrac Candidates in the Eagle Ford and Southern Midland Basins" "Top Ten Reasons to Refrac Organic Shale Wells with Results from Eagle Ford and Haynesville Case Studies"
WHO SHOULD ATTEND: Engineers, managers, and geoscientists concerned that their reservoirs may not be completed using the best possible techniques. The course covers the latest developments in techniques to get the maximum recovery possible from new well frac and legacy well refrac programs.

COURSE DESCRIPTION:The course covers the recommended “best practices” for refracs and new wells in both organic shales and conventional reservoirs. It was first offered in 2009 for vertical conventional well completions and expanded to include organic shales shortly thereafter. The initial course material was the result of numerous major field studies that consistently showed lower than expected recovery factors. A comparison between apparent frac lengths and completion practices indicated that the low recovery factors in conventional vertical wells were primarily a function of the completion practices and not the reservoir properties. There were a number of completion practices that hindered the effectiveness of the fracs and these were documented in a large study that incorporated petrophysical, measured permeability, measured reservoir pressure, and production log data in SPE 90483. Most of the practices were a result of the assumption that fracs were “reserve seeking missiles” rather than driven by rock mechanics and reservoir properties. When organic shales came into the picture the same issues arose where operators assumed that pumping fracs into horizontal wells with clusters 100 feet apart would access large reservoir volumes and “find the hydrocarbons.” When the production performance of these initial laterals was compared to vertical well production it was assumed that the completions were successful. As operators gained more experience with the organic shale plays it became apparent that a lot of “meat” was being left on the bone with the wide cluster spacings and low proppant and fluid volumes. It became clear after several years of drilling and completing these wells that production could be increased significantly with closer cluster spacings, higher proppant loadings, and higher fluid loadings. The reservoir physics behind this phenomena are discussed in detail.

The course addresses all of the “best practices” that have been established in numerous studies for both conventional and organic shale reservoirs. Determination of oil and gas in place is a starting point to determine what the expected production is from a properly designed frac or refrac. With that in hand an estimate is made of the well’s estimated ultimate recovery and recovery factor. Recovery factors for each type of reservoir are discussed and case studies are provided to validate the process. The physics involved in frac execution are discussed and the role it plays in maximizing the stimulated reservoir volume. Case studies are discussed from a variety of unconventional and conventional reservoirs to demonstrate the successful implementation of these “best practices.” For refracs the statistics for the two major shale plays are presented and a comparison is made to new well completions. The role of refracs in protecting infill child wells from asymmetric fractures when legacy primary parent wells are discussed. Examples are presented where these protective refracs were successful in mitigating the 40% potential EUR damage from poor infill/child protection. Lastly, the economics of refracs are compared to the economics of new wells completed with “best practices” to help justify a larger role for refracs in the capital budgeting process. In some areas the NPV10 of actual refracs is higher than that of new wells. In areas where they are not a review of completion practices indicates that with a “best practices” refrac treatment the NPV10 should be higher.

NOTE: STUDENTS ARE REQUIRED TO PROVIDE A LAPTOP WITH MICROSOFT EXCEL AND ADOBE READER INSTALLED.

ADDITIONAL DETAILS:
Mechanical aspects of frac and refrac execution are emphasized to ensure that the maximum stimulated volume possible is obtained. The methodology utilizes basic openhole wireline logs, core data, pre-frac pump-in test data, and production data to predict production performance as a function of frac performance. This information can then be used to determine what refrac practices are resulting in the highest recovery factors. Diagnostic techniques such as production logs, microseismic, tracers, decline curve analysis, and post frac production analysis are discussed to supplement the performance analysis.

For initial completions the methodology can provide an estimate of future hydrocarbon recovery with different landing zone options to maximize results from each lateral and determine the optimum number of stacked laterals for an area. For refracture treatments a key deliverable is candidate selection and the ability to “forward model” refrac results prior to the treatment. Case studies are presented from previous “best practices” studies in both oil and gas reservoirs to reinforce the concepts.

The course includes a comprehensive review of “best practices” from previous evaluations of over 4000 producing zones in past field studies to guide the optimization process for future or existing well completions. Participants will receive a comprehensive log analysis spreadsheet that includes calculation of all inputs required to develop calibrated permeability and stress profiles in ASCII format to load directly into a 3D hydraulic fracture simulator. Additional spreadsheet routines are provided to estimate volumetric reserves from petrophysical data, estimated ultimate recovery from production decline data, and economic analysis of expected production declines.

Upon completion participants will be well equipped to utilize service company and in-house log analysis resource to develop well performance models specific to their reservoirs. Class participants are encouraged to provide local examples for discussion of model implementation and possible “best practices” for their areas of activity.

REGISTRATION should be made at least one month before the start of a course. It is recommended that participants register early due to limited seating. However, we will accept paid registrations up to the last business day before the class, provided there are seats available. Registrants will receive a confirmation email within 48 hours of registration and will receive complete venue information two weeks prior to the first day of class.

As a reminder: your seat in a course is not confirmed until payment is received.